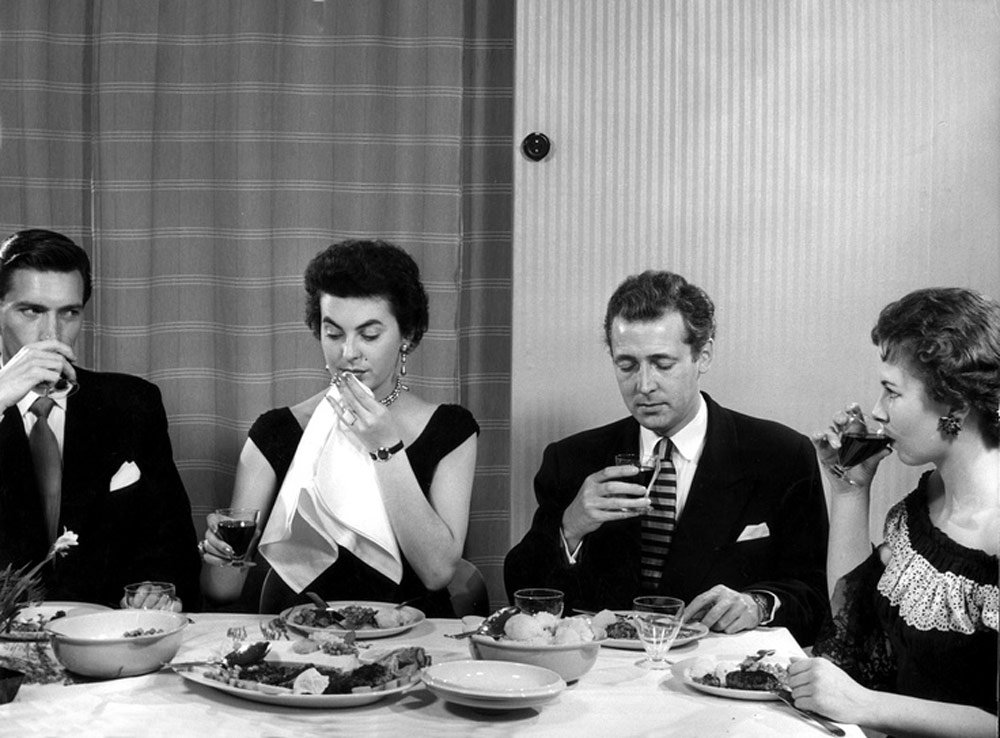 “Hurry up babe, we’re going to be late,” Chris warned his wife, Ann.

Chris had been chastised by the judgemental know-it-all everyone in their circle referred to as “Mr. Society” at their last dinner party. He insinuated that Chris couldn’t “control his woman” because they were often late.

Chris put on his nicest watch, a Rolex Ann had given him on their wedding day. It always made him feel more confident. He wanted to make sure no one could call him underdressed, especially Mr. Society.

Ann had always enjoyed dressing up and making sure her makeup was on point — and that takes time! Well, that was the case pre-pandemic anyway.

Since lockdown, she began to actually enjoy the more laid-back, natural look. She had even considered slowing down, and trying to convince Chris to move to a nice house in the suburbs. She wanted to see the jealousy in Mr. Society’s eyes if she ever had the chance to rub it in.

But there was nothing “laid-back” about tonight. It was their first dinner party back in the fast paced, high-society New York social scene and she would not be outdone.

Ann, in a panic, shouted back “I’m almost ready! Just getting dressed…” as she poured herself into her tightest spanx.

She would never tell Chris, but at their last soiree Mr. Society had the audacity to pinch her waist and snort at her — like a *&^$%* pig!!

She had barely eaten all week in anticipation for this event. Anger and revenge, as it turns out, is a very salient motivator.

She slapped on her spanx, slid into a gorgeous couture dress she purchased months ago, and the couple was out the door.

They arrived at their destination, one of the hottest clubs in New York, right on time. After whispering the password to a bartender, he led them to an unassuming backdoor.

They descended the stairs into a candle-lit, underground speakeasy-style restaurant. They took their seats at the most elegantly decorated dinner table the couple had ever seen.

Ann looked around the room a bit nervously. Everyone there was wildly affluent. She recognized some of New York’s most famous and renowned art dealers, chefs, restaurateurs and taste-makers.

One by one, the other guests arrived. Ann and Chris were thrilled to reconvene with their old friends — in person!

The conversation was light and the room was filled with laughter, until you-know-who came strolling in, late — the irony was not lost on Chris.

Mr. Society was your prototypical New York City hustler. He was tall, dark and handsome and of course, he was dressed to the nines, wearing a suit that costs as much as most people’s cars. Ann, perhaps unconsciously, sat up straight and adjusted her dress. Chris wiggled nervously in his seat and took a big swig of his old fashioned.

You could feel the oxygen leave the room as soon as Mr. Society took his seat, directly across from the couple. The conversation quickly went from casually catching up to a resume run-down.

It was like everyone started reporting on their greatest hits since the beginning of the pandemic.

One of the CEOs at the table began to brag about her 60-hour work week. Hustle culture has always been worn as a badge of honor in these kinds of circles.

Needless to say, that shut her up quickly.

Mr. Society took the awkward silence as an opportunity to berate another dinner guest. He turned to Chris’s friend, Alan and asked something too offensive to repeat.

Chris tried to come to his friend’s defense. He blurted out “Dude, you can’t ask stuff like that.”

Ann turned and looked at her husband, bewildered. “Was he making his voice deeper?” she thought to herself.

Ann was proud of Chris for standing up for his friend, but she cringed at that voice. It reminded her of when they were dating and Chris was trying to impress her dad.

Chris’ comment had turned Mr. Society’s ire onto the couple. He fired back, “Well here’s a question I can ask, why haven’t you two had kids yet? It’s been, what, 3 years since you got married? What gives?”

And there it was. A moment of clarity. Ann took stock of her current situation.

Ann found herself at a beautiful dinner table with her favorite people (save one) for the first time in over a year. It should have been a happy, joyous occasion, but instead she was miserable.

She was crammed into tight spanx she didn’t even need to be wearing, listening to the love of her life speak in an inauthentic, cringe worthy voice and everyone at the table was walking on eggshells — all for what?

Every single person at that table was presenting an alternate version of themselves, desperately trying to hide their flaws and puffing their chests to impress “Mr. Society.”

But why? Ann snapped. She had enough.

“You know what ‘Mr. Society’…” Ann seethed. The rest of the table held their breath, no one had ever called him that to his face before.

“I have a question for YOU… Who invited you here?”

She continued, “What do you bring to the table? We meet up and share stories, ideas, support and laughter. You show up with nothing but judgement, perpetuating stereotypes and making people feel small.”

Mr. Society looked shocked. No one had stood up to him like that before.

Ann raised her voice as she continued, “Chris, I never told you this, but last time we got together, he pinched me and oinked like a pig.”

Chris stood up immediately in defense of his wife, the whole restaurant was watching at this point.

Another guest across the table chimed in, “He told me I’d never make it in here unless I bought a home. Now I’m locked into a mortgage I can’t afford.”

Someone from another table stood up and said “He told me I’d never find anyone better than my ex, so I settled. Now I have a restraining order and owe a small fortune in legal fees.”

Ann, feeling emboldened, glared back at Mr. Society, “I won’t ask again, who invited you?”

It was weird. They all hated him, but they all knew him. He was at every single event. Someone had to be letting him in…

Ann wanted to know who.

Mr. Society bowed his head and shamefully admitted, “No one. Well, everyone too, I guess. You all just assumed I would be here and shared enough details for me to make it.”

The table was shocked. The whole restaurant was held in suspense.

“I can see I’m not wanted anymore,” Mr. Society said sadly. Then he vanished, like a black cloud that had been hovering over the party.

The restaurant erupted with the sound of drinks clinking and joyous cheers.

Ann was tempted to feel sorry for him, but then she reminded herself of how he treated people.

She remembered the impossibly small boxes he would put people in based on their age, sex, social and financial status…

The way he enforced awful stereotypes like it was his religion…

Ann decided that If she was going to feel sorry for anyone, it would be herself.

She should never have believed Mr. Society’s lies about what was important. She vowed then and there, never to let her insecurities get the better of her again.

Today, Ann would enjoy the company of her best friends, at a dinner party, free of imposing expectations and limiting beliefs.

Today, she would just be a person, sharing her thoughts and her heart fully and vulnerably with other people she loved and trusted.

For the first time in a long time, she would do so without fear of judgement or backlash.

Mr. Society was gone for good, and none of them would ever let him creep back in.

Want to come to our next dinner party? Mr. Society won’t be there — we promise 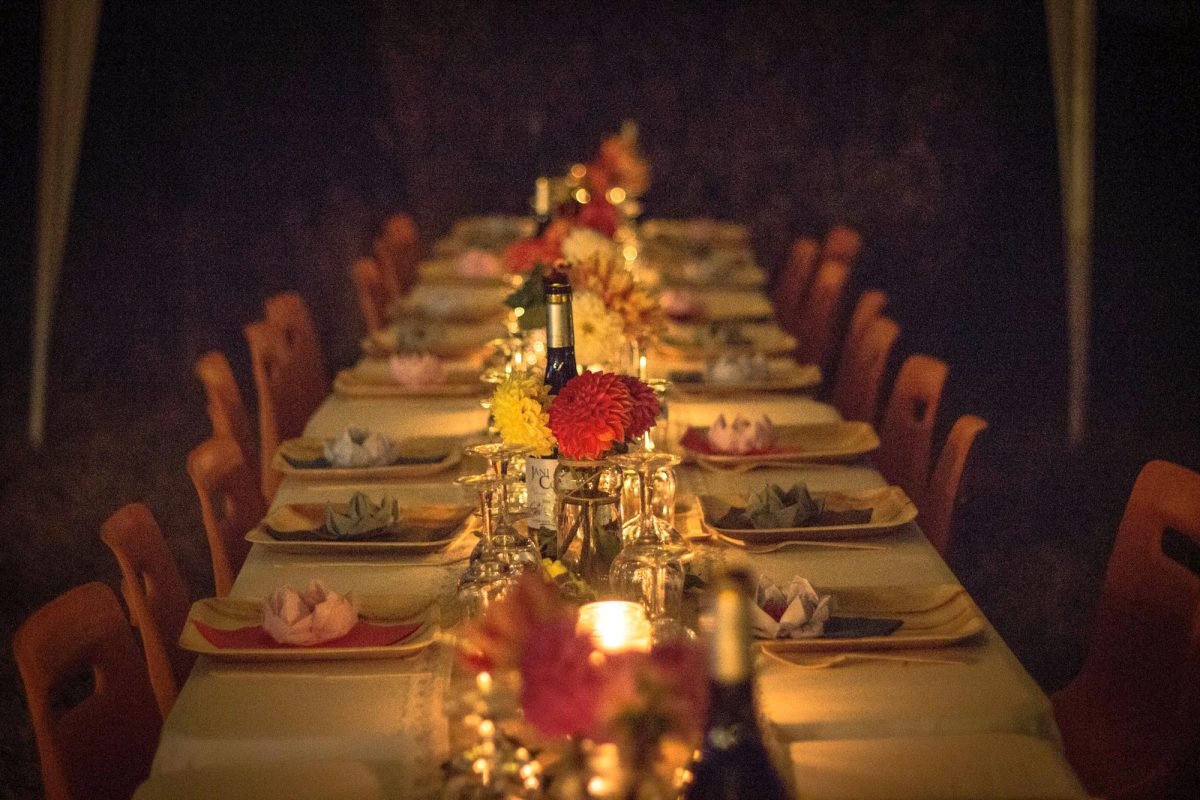 20 Jun Experiences over Everything: Why Experiential Marketing Beats Traditional Marketing Every Time

What is Experiential Marketing?

Experiential marketing is a valuable strategy that uses “live experiences” to forge authentic bonds between your brand and consumers.

That’s a pretty good explanation but there’s also so much more to it than just that.

With experiential marketing, instead of telling them about your brand, you’re asking them to be a part of it.

Here’s how that works…

When your consumers genuinely enjoy the experience they’re having alongside your service or product, they want to share it with their friends, family, coworkers and just about everyone they know.

Basically, we want your customer to associate your product, brand or service with a positive or nostalgic emotional trigger.

For example, let’s say the last time you dined at a certain restaurant you received a call that you landed a HUGE business deal or promotion. No matter how bad the food may have been, or even if the service was terrible, you will forever associate that restaurant with the positive feelings of success and accomplishment you enjoyed there.

These emotional triggers are what set experiential marketing apart from traditional marketing.

In other words, experiential marketing is a unique approach that creates FREE brand ambassadors that will market your product through word of mouth to anyone who will listen!

Who’s the star of the show?

The Product or Service

Get updates and exclusive offers.

We use cookies to ensure that we give you the best experience on our website. If you continue to use this site we will assume that you are happy with it.OK
Manage consent

This website uses cookies to improve your experience while you navigate through the website. Out of these, the cookies that are categorized as necessary are stored on your browser as they are essential for the working of basic functionalities of the website. We also use third-party cookies that help us analyze and understand how you use this website. These cookies will be stored in your browser only with your consent. You also have the option to opt-out of these cookies. But opting out of some of these cookies may affect your browsing experience.
Necessary Always Enabled
Necessary cookies are absolutely essential for the website to function properly. These cookies ensure basic functionalities and security features of the website, anonymously.
Functional
Functional cookies help to perform certain functionalities like sharing the content of the website on social media platforms, collect feedbacks, and other third-party features.
Performance
Performance cookies are used to understand and analyze the key performance indexes of the website which helps in delivering a better user experience for the visitors.
Analytics
Analytical cookies are used to understand how visitors interact with the website. These cookies help provide information on metrics the number of visitors, bounce rate, traffic source, etc.
Advertisement
Advertisement cookies are used to provide visitors with relevant ads and marketing campaigns. These cookies track visitors across websites and collect information to provide customized ads.
Others
Other uncategorized cookies are those that are being analyzed and have not been classified into a category as yet.
SAVE & ACCEPT
× Got inquiries?